US stocks were up by 0.45%, although the Dow Jones Industrial Average ended its nine-week winning streak, falling by 0.02%. International stocks managed a gain of 0.17%. Bonds fell by 0.47% as interest rates increased across the curve. For January and February, it was the best opening two months of a year since 1991. The S&P 500 was up by 12.07%. 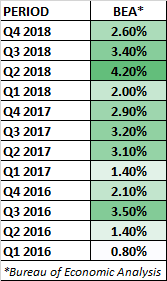 The initial estimates for Q1 look weak. The Atlanta Fed's GDPNow model has Q1 growth at 0.30% and the NY Fed's Nowcast model is at 0.88%. Over recent quarters, the GDPNow model has trended lower as the quarter has progressed, so starting at 0.30% is not a good sign.

The better than forecasted GDP numbers increased interest rates during the week. That, along with a Fed that has made it clear that it will be patient before increasing interest rates again might be increasing inflation expectations, resulting in higher rates. Rates on the 2-year increased by 7 basis points and on the 30-year by 11 basis points. The spread between the 10 and 2-year treasury bonds has increased to 21 basis points, the highest amount since December. That would be a positive, as the threat of a 10-year bond yielding less than a 2-year bond (an inverted yield curve) is considered a recessionary signal. 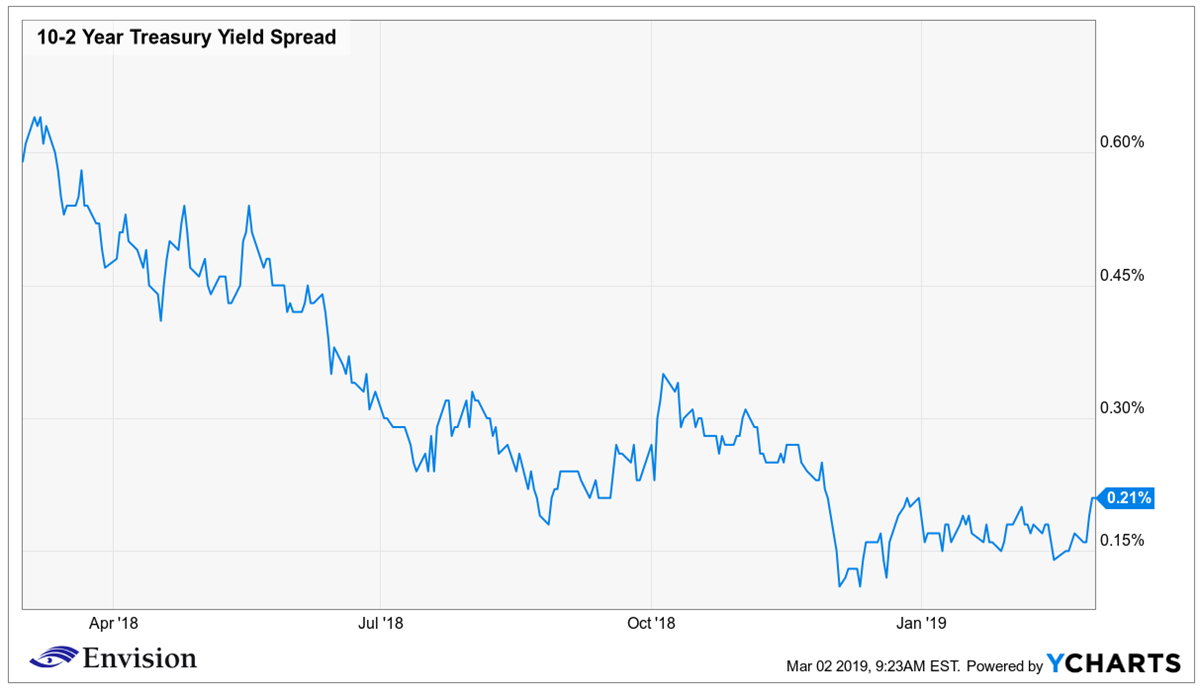 The increase in interest rates was enough to change the price trend to negative (as interest rates go up, bond prices go down) on the AGG (the aggregate bond index) for the 2-week and one-month period for the first time since November 16, 2018.

Increased talk by Democratic presidential candidates about using Modern Monetary Theory as justification for vastly widening deficits might be seeping into the pricing of interest rates. As we have written and spoken about many times, neither political party has a serious interest in getting deficits under control and now there is open talk of expanding them even more.

Former Fed Chair Janet Yellen was asked this week if she thinks that President Trump has a grasp of economic policy, she responded, "Well, I doubt that he would even be able to say that the Fed's goals are maximum employment and price stability, which is the goals that Congress have assigned to the Fed. He's made comments about the Fed having an exchange rate objective in order to support his trade plans, or possibly targeting the U.S. balance of trade. And, you know, I think comments like that shows a lack of understanding of the impact of the Fed on the economy, and appropriate policy goals."