The Dow Jones Industrial Average extended its winning streak to nine-weeks as the US market increased by 0.72%. International stocks were up by 1.31%. President Trump gave positive signals on talks with China regarding trade, and the minutes released by the Fed confirmed their recent dovish posture. It also appears that the unwinding of the balance sheet will end soon. The minutes said, "almost all participants thought that it would be desirable to announce before too long a plan to stop reducing the Federal Reserve's asset holdings later this year." The market continues to rise in the face of weakening economic reports, especially from overseas.

In the sell-off between September 20th and December 24th, the S&P 500 declined by 19.78%. US stocks are now up by 20.1% since that low and are only 3.97% below the all-time high on September 20th. The NYSE advance-decline line, a measure that tracks the number of stocks rising minus the number falling each day, has hit new highs, a positive technical sign. But at the same time, stocks appear overbought, 92% of S&P 500 stocks are trading above their 50-day moving average. 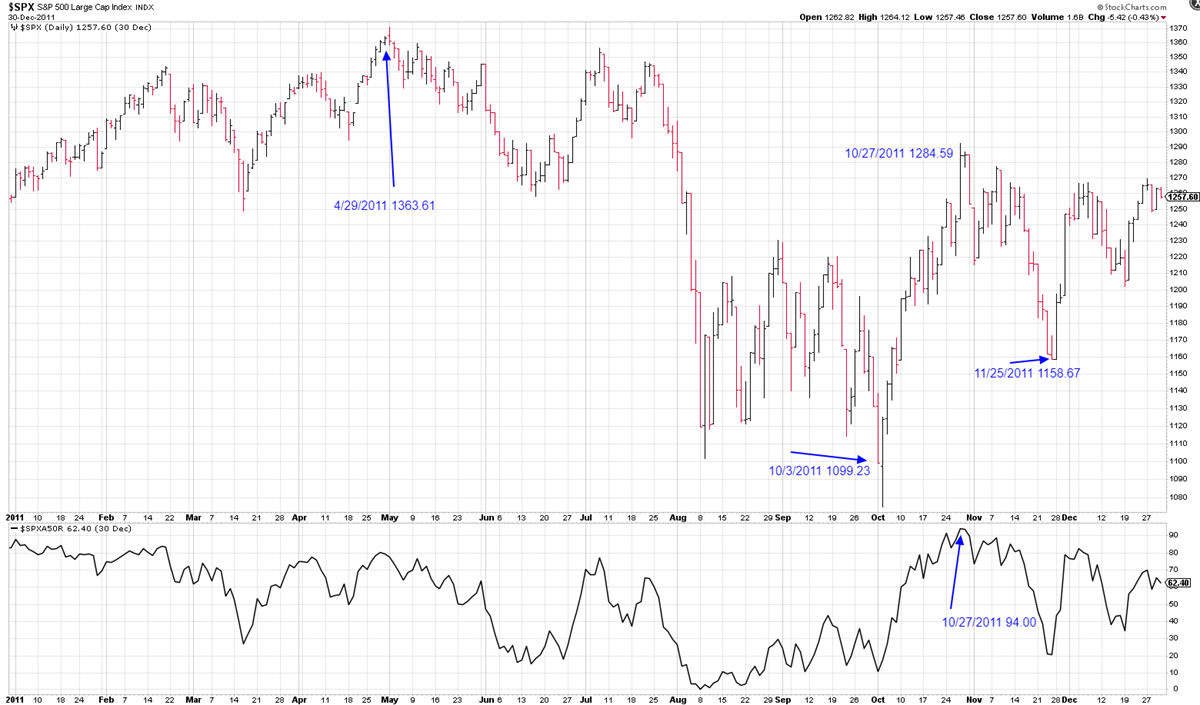 The Philly Fed's Manufacturing report went into negative territory. The report said "Manufacturing conditions in the region weakened this month ... the indicators for general activity, new orders, and shipments fell into negative territory, but the indicator for employment remained positive...the index for current manufacturing activity in the region decreased from a reading of 17.0 in January to -4.1 this month. This is the index’s first negative reading since May 2016. Both the new orders and shipments indexes also fell this month. The current new orders index decreased nearly 24 points to -2.4, and the current shipments index decreased 17 points to -5.3." 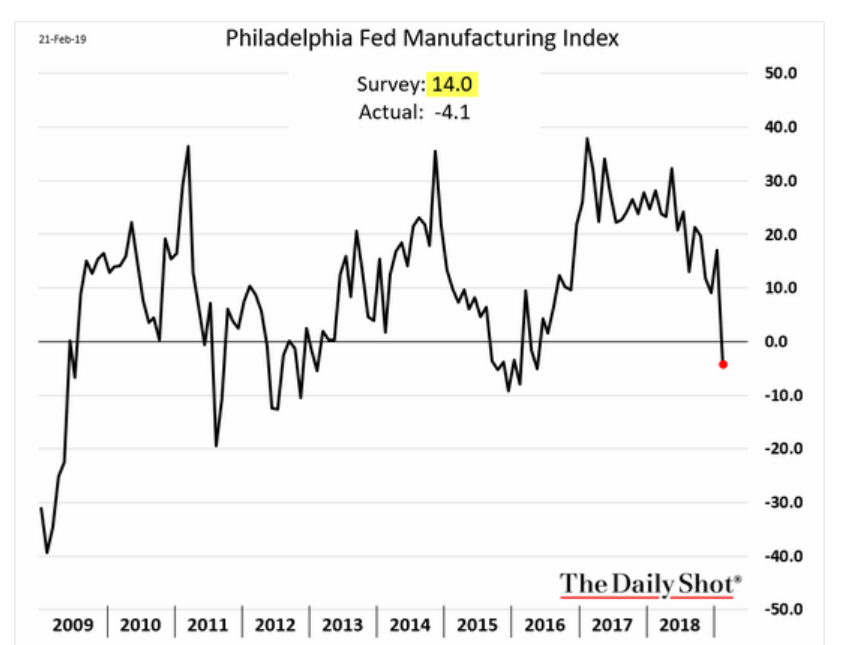 German business sentiment fell to a four-year low in February, indicating that economic troubles are continuing into 2019. Germany’s gross domestic product increased by an annualized rate of 0.1% in the fourth quarter, barely escaping recession.

The weak German numbers were confirmed by the IHS Markit preliminary purchasing managers indexes for February which showed that factory activity in Japan dropped to a 32-month low and the eurozone to a 68-month low.

Kraft Heinz stocks got slaughtered on Friday as its market value dropped by $16 billion. Kraft Heinz wrote down assets by $15.4 billion including $7.1 billion in goodwill, essentially admitting that a good portion of the value attributed to the Heinz merger does not exist. The Kraft Heinz formula of aggressively cutting costs has not worked out as planned, to put it mildly, as sales have been hurt and some of their brands have lost relevance as the company's focus on revenue waivered while they concentrated on cutting costs.