US stocks managed a small advance, but international equities fell.
Worries about the global economy and trade talks hurt the market.
Growth forecasts in Europe and the UK are revised down.
Jinping and Trump won't meet this month.
Stocks cannot break through the 200-day moving average.

A rally in the final 10-minutes of the Friday session helped the US markets eke out 0.17% gain for the week. Stocks were up on Monday and Tuesday, flat on Wednesday and weak on Thursday and Friday on worries about the global economy and trade talks between the US and China. International stocks fell by 1.18%.

On Thursday, the European Commission lowered its growth forecasts for Germany, Italy, and the Netherlands. Overall, the European Union GDP is now forecast to grow by 1.5% in 2019, down from 1.9% in the prior forecast. The Bank of England cut growth forecasts to 1.2% for 2019, down from 1.7%, and warned that a no-deal Brexit could cause a recession.

From a technical perspective, the market appears to have lost near-term momentum. The S&P 500 closed just under the 200-day moving average on Monday and Tuesday but failed to crack it, falling back on Wednesday, Thursday and Friday. Another negative sign for stocks was the out-performance this week by the defensive groups like utilities and REITs as interest rates fell. 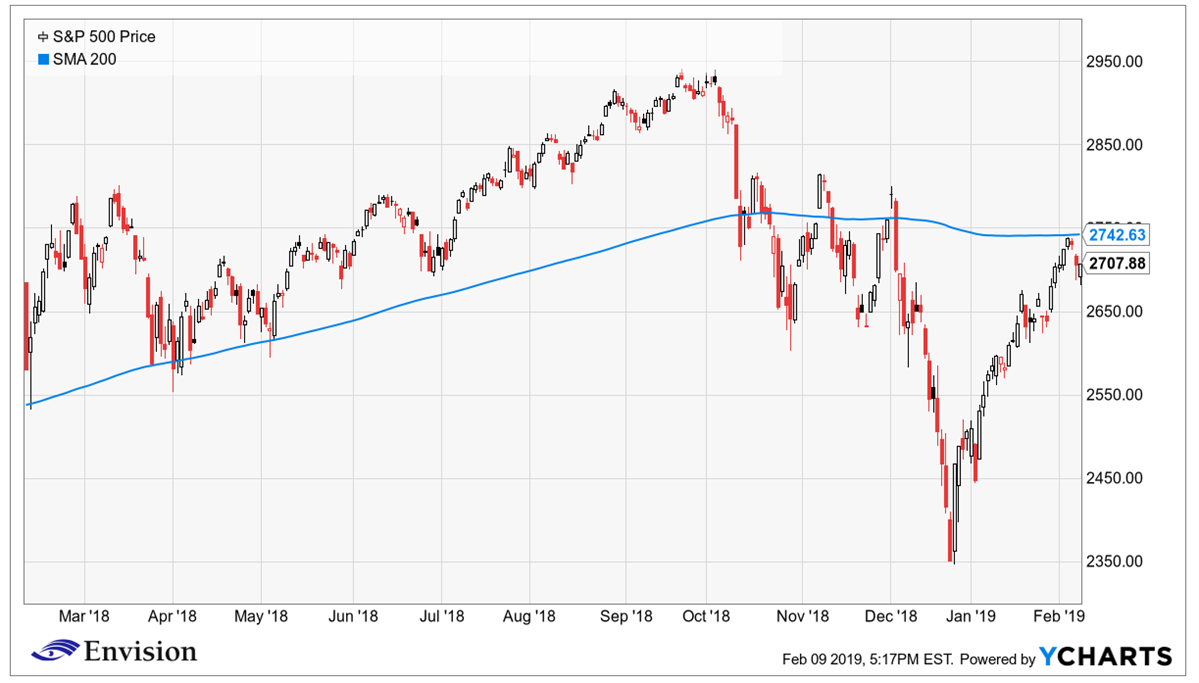 While the US did have a positive bounce last month in the purchasing manager's index, the trend around the world continues to be down. China is already in contractionary territory and the rest of the world is not far behind. 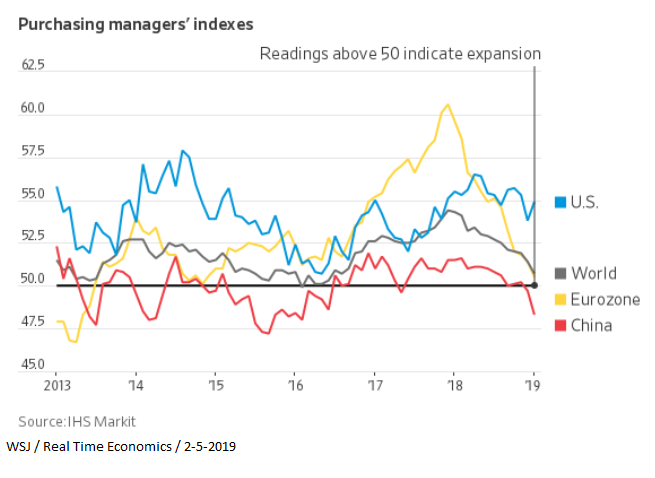 The ISM Non-Manufacturing Index in the US also declined in January, although the absolute number was still strong. The index declined to 56.7 from 58. New export orders took the biggest hit, dropping to 50.5 from 59.5, more proof of a slowing global economy.

Given the continuing decline in economies around the world, it will become more difficult for recent growth in the US to continue.

A possible early sign of a slowing US economy is light vehicle sales, which fell by 5.1% in January to an annual rate of 16.6 million, the lowest level since August of 2017. Severe weather in the Midwest is getting some of the blame. Year over year, there was a 3% decline. 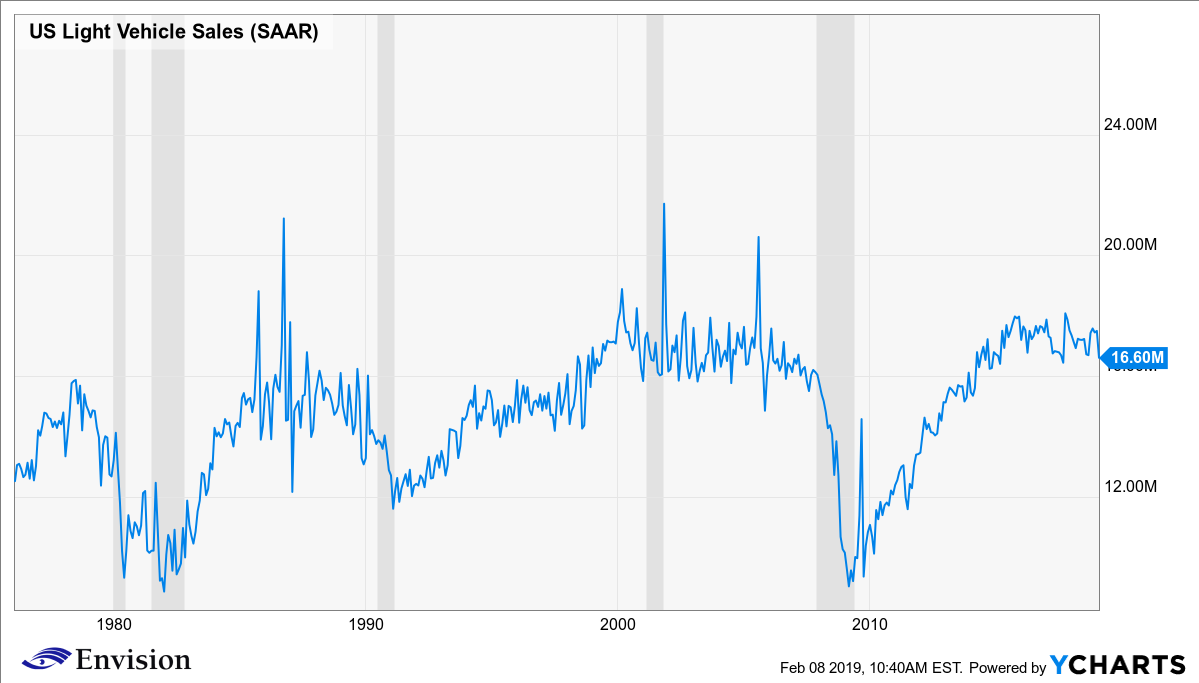