It has been one month since the market low on December 24th. At that point, the S&P 500 had fallen by over 15% during a 14-day period. A descent of 15% or more over a 14-day period had happened 7 other times since 1970. In all but one of those cases, the market had a nice rally in the subsequent one-month period. In this instance, the S&P finished up by 13.34%, which ranks second on the list.

The government shutdown ended as Trump and congressional leaders reached a deal to reopen the government for three weeks. Trump did not get any of the funding for the wall that he demanded.

In recent weeks proposals for tax increases from the far left of the Democratic party have been picking up steam. First, Alexandria Ocasio-Cortez (AOC) put a 70% marginal tax rate on the table and now Elizabeth Warren has come out in favor of a wealth tax. 70% marginal rates were the standard in the 60s and 70s. Of course, the tax code was taken advantage via loopholes and tax shelters to make sure that essentially no one came close to paying that. The entire idea behind lowering rates in the Reagan era (80s) was to simplify the tax code and take away incentives that did not make economic sense. That set off a long period of positive growth. But if anyone thinks the 70s are the economic period to emulate they need to look again. That is not to say we don't need some tax increases and tax reform. We do. But ideas like a wealth tax are what one might expect from countries like Venezuela...

Speaking of, Venezuela continues to spiral out of control. The opposition leader, Juan Guaido, declared himself president. The military said it still supports current president, Nicolas Maduro. Street protests demanding Maduro's resignation are constant and nationwide. Years of hardcore socialism from Chavez and Maduro have turned the country into a complete, economic and social disaster.

The Conference Board Leading Economic Index fell by 0.1% to 111.7 in December. "The US LEI declined slightly in December and the recent moderation in the LEI suggests that the US economic growth rate may slow down this year," said Ataman Ozyildirim, Director of Economic Research at The Conference Board. "While the effects of the government shutdown are not yet reflected here, the LEI suggests that the economy could decelerate towards 2 percent growth by the end of 2019." 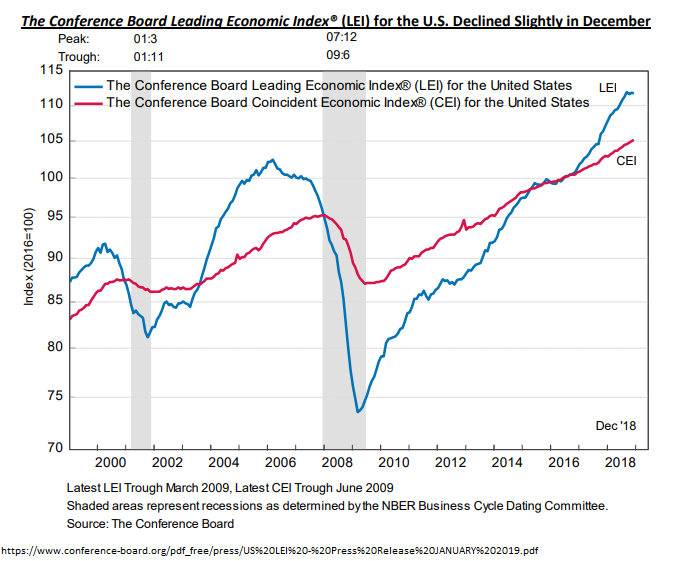 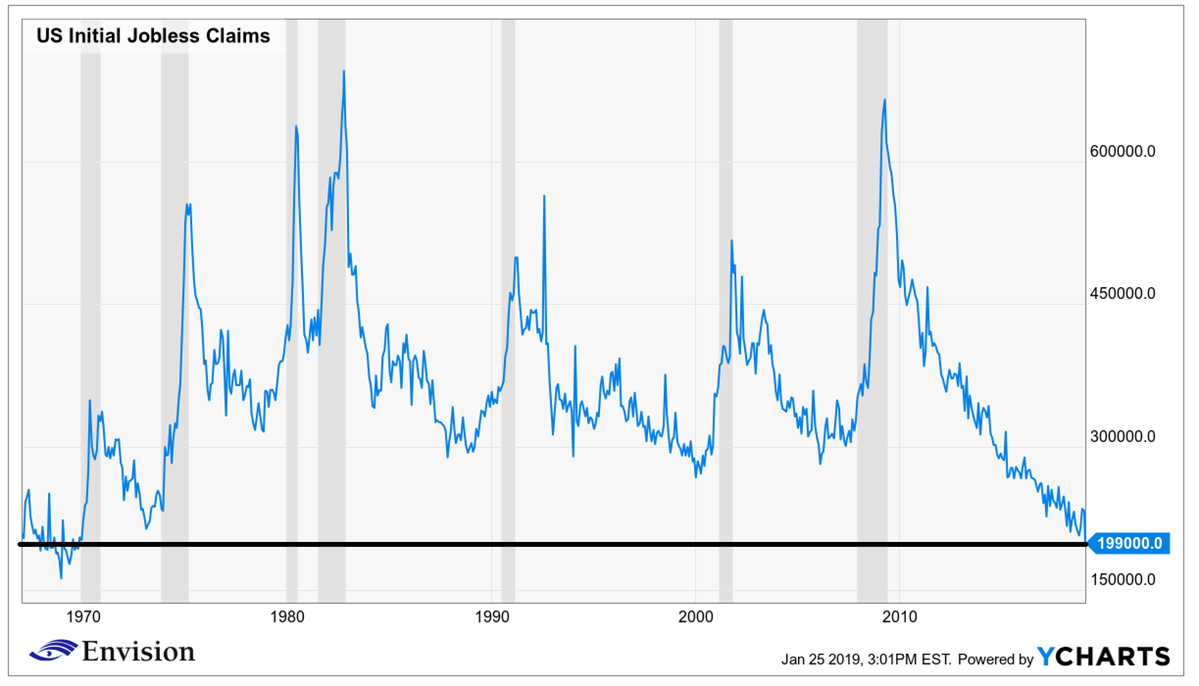