2018 closed out on Monday with a 1% advance on news that the US and China were talking trade. When markets reopened on Wednesday after the New Year, a dreadful Chinese PMI report had the market fall by 1.5% on the open. But the market staged a strong comeback and closed just above the Monday close fueled by an oil price rally. Having somehow managed to withstand the poor PMI report from China, stocks took another punch on Thursday when Apple preannounced that sales had fallen sharply in Q4, by about $6 billion. That was followed by a US ISM Manufacturing report that showed the PMI at 54.1%, down from 59.3% in November, the market fell sharply by 2.31%.

The news going into the release of the Friday payroll reports was downright depressing, as it appeared the economy was beginning to accelerate much faster to the downside than anticipated. That is when economists were surprised with a much stronger than anticipated employment report. Investors loved the news as it put the threat of a recession on hold, at least for one day, and stocks rallied by 3.31%. For the week, US stocks were up by 1.95% and international markets were up by 2.14%

Nonfarm payrolls jumped by 312,000 in December, blowing out the consensus number of 176,000. It was the biggest increase since February. Even better, the prior two months were revised up by 58,000. The average workweek increased by 0.1 hours to 34.5 hours and average hourly earnings were up by 3.2% year over year. The unemployment rate did go up to 3.9% from 3.7%, but that was because more people were attracted to enter the labor market. 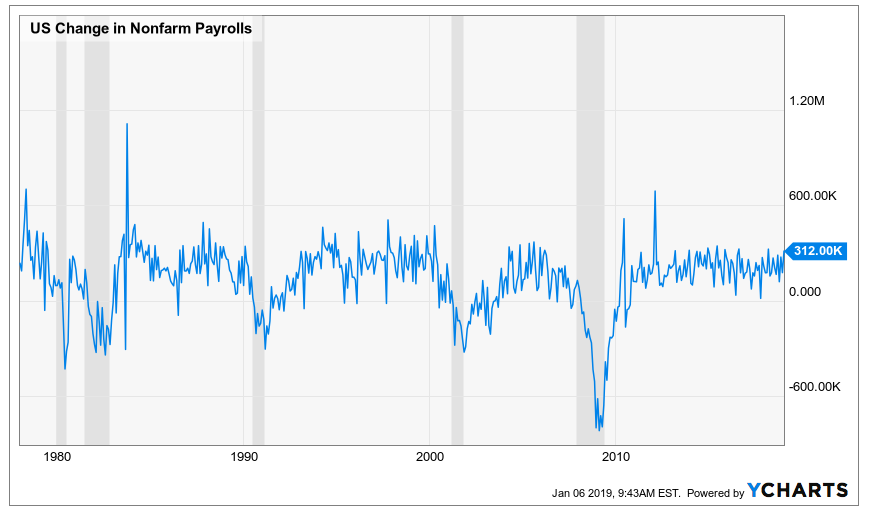 The PMI for the US for the manufacturing sector fell to 54.1% in December from 59.3% in November. That is a large drop and was well below the consensus of 58%. The report indicates that while manufacturing is still growing, the pace of the increase slowed in December. A reading above 50 is considered expansionary. 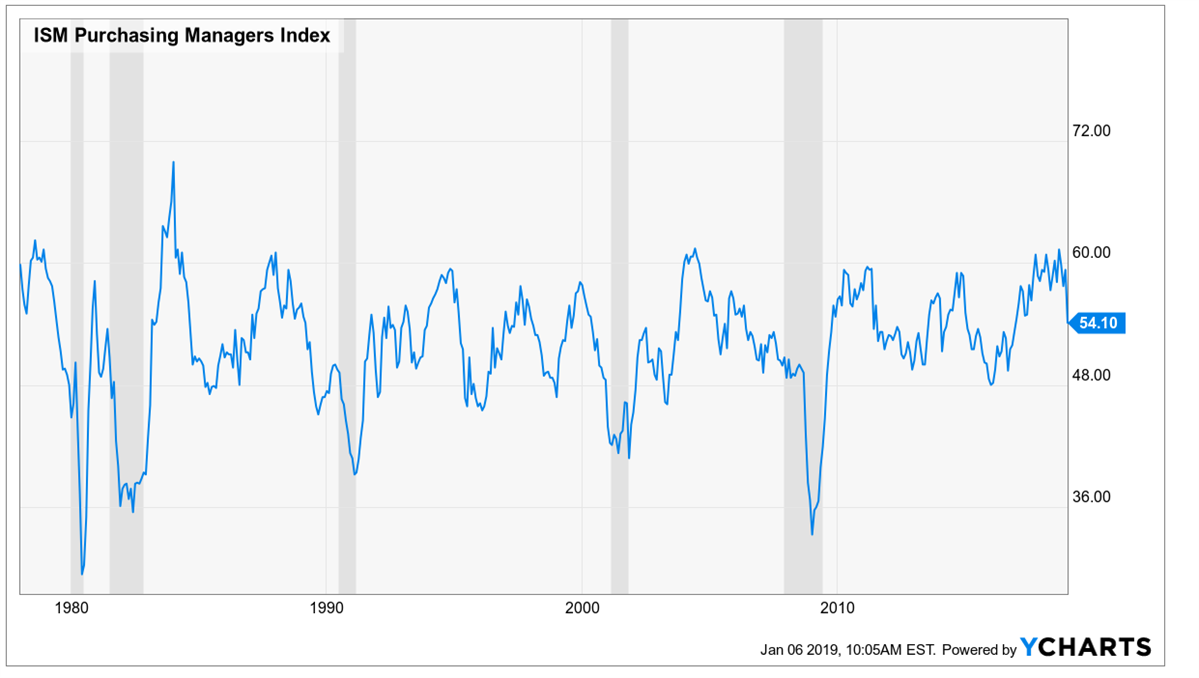 The trading year got off to a bad start on Tuesday morning when the China Caixin manufacturing purchasing managers index fell to 49.7 in December. It was the first drop below 50 since May 2017. A reading below 50 is considered contractionary.

Q4 growth is estimated to come in around 2.5% or so. The Atlanta Fed GDPNow model has growth at 2.7% and the NY Fed NowCast model is projecting 2.48%.